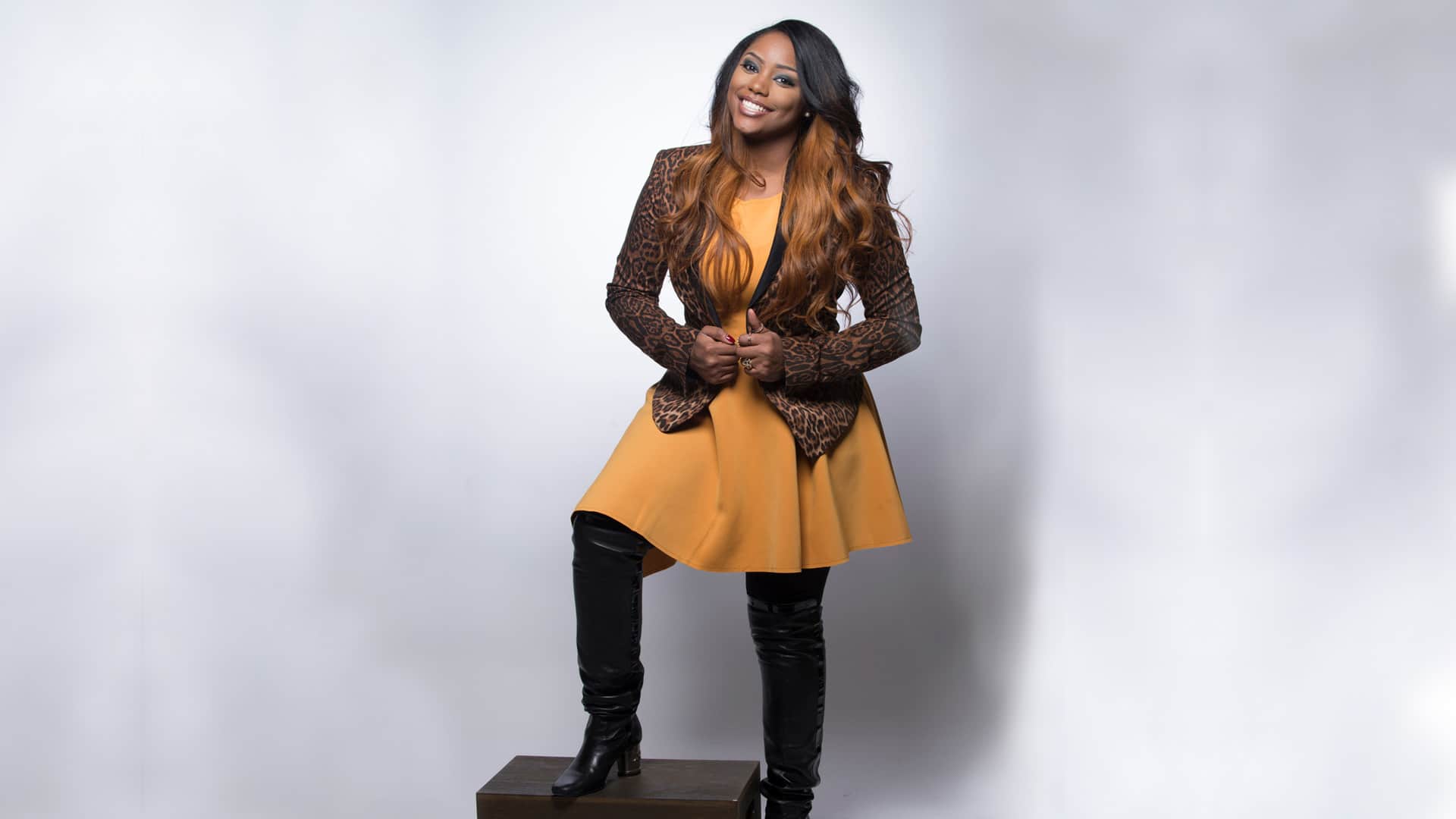 Funny story, I thought you were a singer as well… Just for clarity, Brelyn Bowman is not a singer, but her husband is. Brelyn Bowman is an author and speaker whose defining moment in her career came about when she revealed to her father and the world that she was still a virgin on her wedding day. Providing a certificate to how him The news broke the internet. Since then Brelyn has been writing books and speaking often, and lucky for us I had the pleasure of speaking with her about more than just purity, but yeah that too. Read on.

It’s funny, when you hear about a woman being a virgin, it’s often thought of being easy or easier than a guy being a virgin, but that’s not always the case. Can you tell us a little about why you waited and what were some practical things you did to refrain from sex?

Well, why I waited first was the word of the God that my parents put in me at a young age. I didn’t know everything that would come with it of course. Being 13 years old you’re a little naïve to the devils devices and how clever the devil can be sometimes. We sometimes underestimate him, yeah he is defeated soul but he still knows certain things about what we like and different desires of girls and guys that will come. Its like “well where did this man come from?” he was just across the street and now that I’m feeling lonely and I want somebody who smells good and I’m hungry the devils like “I’mma send you somebody right now that is hungry, and he smells good, and he looks good. So really it’s the word of God that kept me throughout the years and the commitment to my father was important to me as well because the covering of him and what he has taught me and the honor I had for him kept me in a place where I thought of him being disappointed and I thought of God being disappointed in me. That’s what has really kept me in those tough moments. And sometimes we don’t always know God like we should so having someone on the earth who is a representative of Christ in the earth will keep us standing strong and will keep our honor in check. I can say to my dad “ hey I messed up!” That would be so disappointing and so devastating to him that it would hurt me. So I had to find someone that I was connected to that could cover me in the earth. I had to keep that person (my father) in the forefront of my mind when I would contemplate making wrong decisions. Sometimes we think God is not with us when we go to make these decisions, like he put on sunglasses and says “its OK go head do what you wanna do.” He is like “nah I’m sitting here looking right at you!”

I also had to stop putting my self in those positions, a lot of times we will go to that persons house at 10:30 at night knowing good and well you ain’t about to do nothing else but “Netflix and Chill”. And when you start doing it you start feeling dumb because not you either have to run out or you end up falling into the sin of it. The pressure of this world will cause us to fall to whatever is happening around us if we are not built up in the word of God, and the word of God is what is truly what sustains us. People like to preach abstinence and tell folk to save yourself! But what does the bible say? The bible says FLEE! Flea from it! You think about so many people when had to run away! Joseph had to flee, He left! Flee means to run, and run fast! Flee from any situation that would pressure you because its not worth it in the end. Of course the pleasure of what God has intended for married couple is there but the guilt of the sin and condemnation that the devil will send to you comes right after and not that alone but all of the sicknesses that will come with it potentially is not worth it when you know what your supposed to be doing in life.

CONTINUE THIS ARTICLE AND MORE IN INCLUB MAGAZINE

Alice Walker explains, “It was the poet June Jordan who wrote, ‘We are the ones we have been waiting for.’ It later...
Read more
Magazine Feature

Gia Peppers fresh off NYC Culture Con continues to amplify magical, solidifying herself as a leading face of the WE. We are...
Read more
Magazine Feature

The Muses of Music: Artists You Need To Add To Your Playlist NOW!

ABOUT US
For the multi-faceted, multi-layered Millennials leading the way in subverting the culture with attitude, and purpose. From Geek culture, Jesus culture, sneaker culture and pop culture, InClub magazine accepts the task of shaping the narrative, cultivating ideas, telling our stories and being the voice of this generation of the influential, inspired and involved, planet-shakers that do not fit in any one box. Through intelligently witty and entertaining content, media, podcast discussions and interviews with the celebrities, influencers, tastemakers and trailblazers that are contributing to and defining modern culture.
Contact us: info@inclubmagazine.com
FOLLOW US
© InClub Magazine. All Rights Reserved.

Find out more or adjust your settings.

Dion Ringgold - March 22, 2020 0
Throughout history there has been countless things said about God. Stories passed down to generations, traditions and personal experiences that all teach us...

This website uses cookies so that we can provide you with the best user experience possible. Cookie information is stored in your browser and performs functions such as recognising you when you return to our website and helping our team to understand which sections of the website you find most interesting and useful.

Strictly Necessary Cookie should be enabled at all times so that we can save your preferences for cookie settings.

If you disable this cookie, we will not be able to save your preferences. This means that every time you visit this website you will need to enable or disable cookies again.